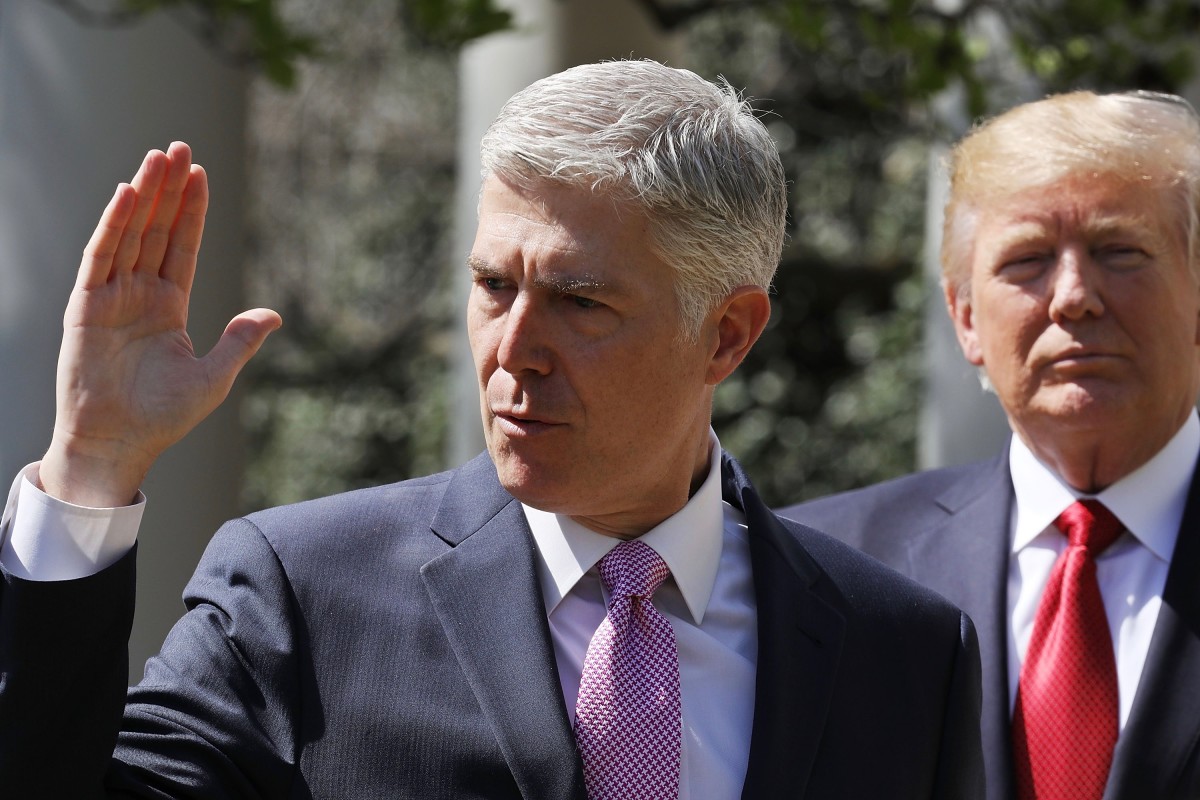 Neil Gorsuch Is Sworn In As Associate Justice To Supreme Court. Gorsuch's confirmation was supported by a massive single donation from an anonymous donor.

A dark money organization that has spent millions to finance conservative causes was the source of the $17 million spent to keep Supreme Court Justice Antonin Scalia’s seat in Republican hands, tax documents reviewed by MapLight reveal.

Last year, Wellspring gave $100,000 to the Federalist Society, a conservative lawyers organization that has emerged as one of the most influential players in Washington during the Trump era. The organization recommended Trump nominate Gorsuch for the Supreme Court, and one of its top executives, Leonard Leo, is reportedly advising the Trump administration on judicial selections. JCN and Wellspring provided almost 80 percent of the money raised by the Rule of Law Project, a conservative nonprofit that listed Leo as a director in tax filings.

JCN has put Wellspring’s money to use in other ways. JCN reported giving $8.5 million in grants to conservative nonprofits and political groups on its latest tax return, covering July 2015 to June 2016. Beneficiaries included the Republican Governors Association and the Republican Attorneys General Association, as well as organizations that supported conservative court justices in Wisconsin and North Carolina

Wellspring also donated $2 million to the American Future Fund, an organization that spent more than $12 million on ads boosting Sen. Marco Rubio, R-Fla., in his presidential and Senate campaigns, during the 2016 election cycle. It gave another $2.5 million to Illinois Policy Action, a dark money organization that supports conservative policies in Illinois.