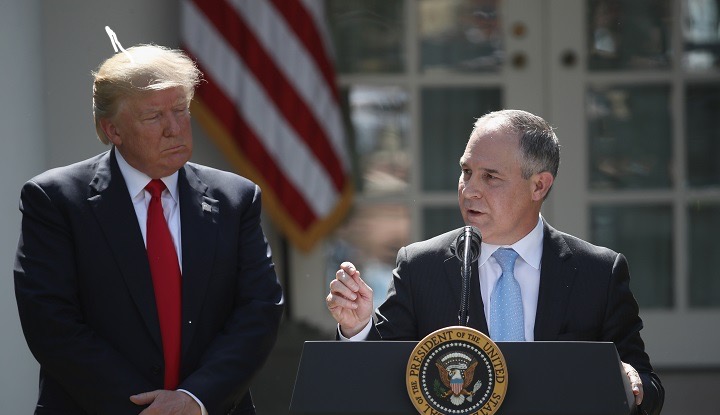 Top Republican state law enforcement officials have created a “working group” to partner with the Trump administration as it attempts to roll back federal regulations, according to documents obtained by MapLight.

An official with the Republican Attorneys General Association (RAGA) and its nonprofit policy arm, the Rule of Law Defense Fund (RLDF), described the new group as “invitation only” and said it would ”work with the administration on the promotion, protection, and preservation of the rule of law.”

RAGA has faced scrutiny in recent years as its members have allied with donors to challenge the Obama administration’s regulations on greenhouse gas emissions and water pollution. The defense fund, created in 2014, helped the Republican officials organize some of those legal challenges.

Trump selected former Oklahoma Attorney General Scott Pruitt, a former RLDF chairman, to lead the Environmental Protection Agency. Pruitt served on the fund’s board while it received money from an organization linked to libertarian billionaires Charles and David Koch. The Kochs have donated millions of dollars to organizations that push for less federal regulation of the energy industry and fewer restrictions on campaign contributions.

“From day one, RLDF has been consistently focused on regulatory overreach as well as promoting and defending the rule of law,” Zack Roday, RAGA’s spokesman, told MapLight in an email. “These are not new focuses.”

Roday did not answer questions about the working group’s partnership with the Trump administration. A White House spokesperson did not respond to MapLight’s request for comment.

As MapLight previously reported, RAGA hosted a secret event in November at Mar-a-Lago, the president’s Palm Beach club, for donors who gave RAGA at least $125,000 annually.

The Judicial Crisis Network (JCN), a dark money organization that spent at least $10 million to help secure Gorsuch’s confirmation, was RAGA’s top donor during the last election cycle. JCN gave more than $1.4 million to RAGA in 2015-16, according to data from the Center for Responsive Politics. Tax returns show the network has donated at least $785,000 to RLDF since 2014.