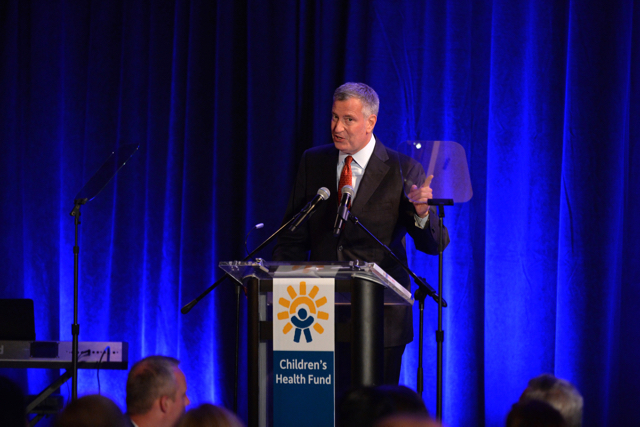 When it comes to dark money — money spent trying to influence voters by groups that do not disclose their donors — the focus is often on the federal level. But a considerable amount of dark money is also going to state and local elections. Our weekly roundup looks at dark money spending in those races.

Americans for Prosperity, a dark money group backed by the Koch brothers, is launching a campaign to support Colorado Republican Rep. Mike Coffman’s reelection campaign, The Washington Post reports. While the group will not be paying for ads, it will be sending out volunteers to knock on doors in Coffman’s district. This marks the first time in the 2016 general election cycle that Americans for Prosperity has developed a grassroots campaign in an effort to influence a House race.

While clearing both Mayor Bill de Blasio and a nonprofit closely linked to him of campaign finance violations on Wednesday, New York City’s Campaign Finance Board said the organization’s fundraising “plainly raises serious policy and perception issues,” The New York Times reports. The group, Campaign for One New York, which was run by advisers to de Blasio’s 2013 mayoral campaign, used donations to support many of the initiatives de Blasio has pushed since taking office. The organization stopped operating in March, in the wake of repeated questions over its finances. Mayor de Blasio has defended the group’s actions, arguing the nonprofit voluntarily disclosed its contributions, despite not being required to. But in a statement issued about its decision, the board disagreed, saying the nonprofit’s disclosures were not comprehensive or fully accessible by the public.

A California coalition of unions and community organizations unveiled a list of dark money donors as part of its campaign to extend a state income tax on people earning over $250,000, the Los Angeles Times reported. The tax, which provides funding for California’s schools, was first enacted after voters approved a ballot initiative in 2012 which is set to expire in 2018. Proposition 55 on the state’s November ballot would extend the tax until 2030. The California Hedge Clippers released the list of donors to Americans for Job Security, a politically active nonprofit that opposed the 2012 initiatives. On its Facebook page, the group says it aims “to expose how hedge funds & billionaires influence CA government & politics.” The LA Times said the release of this information now, ahead of the election, “could be called preventive disclosure, or strategic shaming.”

Montana lawmakers have rejected ten Republicans’ call for a special legislative session to raise campaign contribution limits, Montana Public Radio reports. After a federal judge ruled in May that Montana’s current campaign contribution limits, approved by voters in 1994, were unconstitutional, pre-1994 limits went into effect. The measure received 20 of the 76 votes needed for passage.