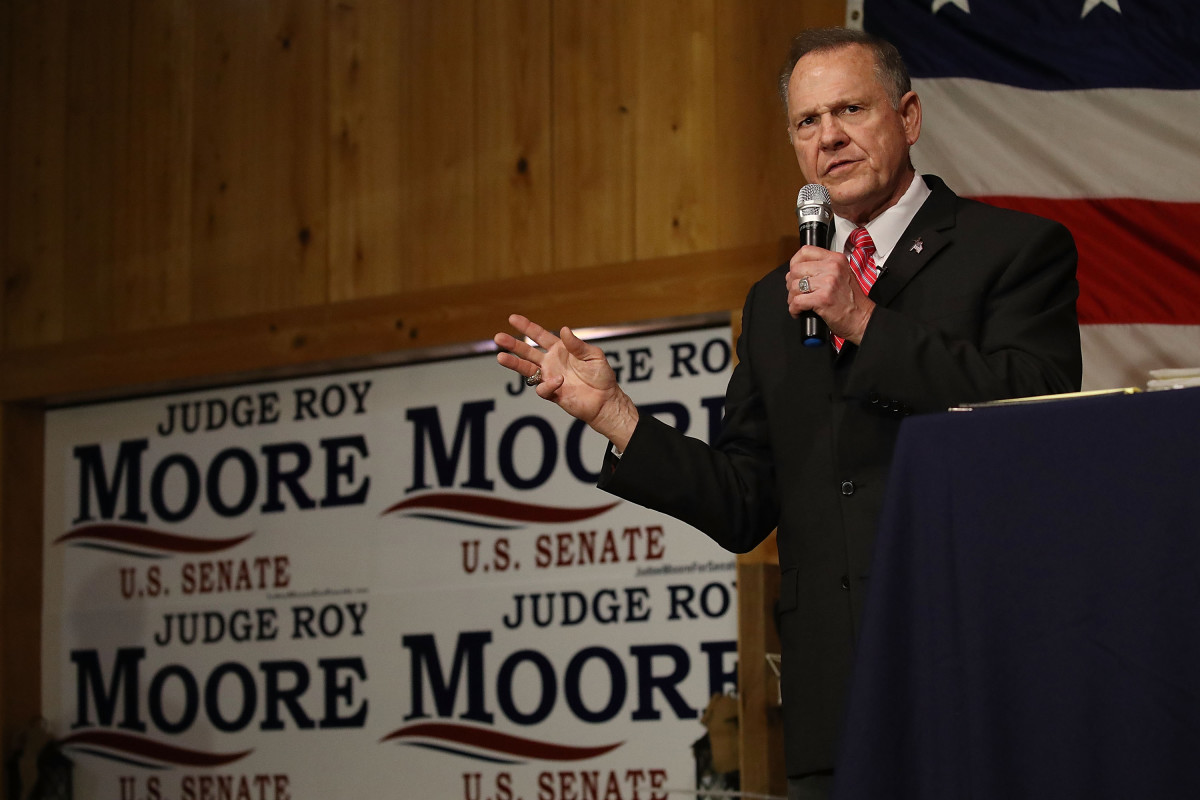 The amount of outside spending boosting the embattled GOP candidate in the past week more than tripled the amount spent between a Sept. 26 primary runoff and the end of November. More than a dozen conservative super PACs and political nonprofits or “dark money” organizations, including three associated with the President, spent $1.5 million since Dec. 1 supporting Moore, who faces allegations that he sexually attacked teenagers.

Moore’s top supporter recently has been America First Action, a super PAC dedicated to electing candidates who support Trump’s policies. The super PAC has already pumped more than $1 million into the race since Dec. 1 to support the Republican candidate. The Great America Alliance, a non-profit “dark money” organization also dedicated to supporting Trump’s agenda, has spent $140,000 on the race. The National Rifle Association’s Political Victory Fund has pumped $54,772 into the race.

The recent conservative spending spree still falls short of Jones’ supporters however. Jones, who won fame for convicting two Ku Klux Klan members responsible for the 1963 murder of four black girls in a church bombing, has received more than $3.5 million from outside organizations since the nomination of Roy Moore as his opponent.

In the race against Moore, almost all of Jones’ outside support has come from Highway 31, a super PAC created on Nov. 6. The new PAC has so far spent $3.47 million. The second highest-spending outside organization supporting Jones, Stand Up Republic, has only spent $134,000. Although Highway 31 is technically required to disclose its donors, it has placed its ads on credit, meaning it will not have to reveal its funders until after the election. Highway 31 was formed with the sole intention of supporting Jones and getting him elected, according to Adam Muhlendorf, a Montgomery-based political strategist who helped create the committee.

Moore, a controversial judge, was never the GOP establishment’s first choice. He was removed from office in 2003 for rejecting a federal court order to remove a Ten Commandments monument from a state building, and suspended in 2016 for ordering probate judges to refuse to issue marriage licenses for same-sex couples. The Senate Leadership Fund, a super PAC affiliated with Senate Majority Leader Mitch McConnell, R-Ky., spent more than $5 million to help appointed Sen. Luther Strange keep the seat — and Republicans in Washington quickly distanced themselves from Moore in the wake of the abuse allegations published in the Washington Post.

Even so, Moore has maintained support from prominent conservatives including the Alabama Republican Party and former White House strategist Steve Bannon. Mainstream conservative outside spending organizations including the Senate Leadership Fund, the National Republican Senatorial Committee, and the U.S. Chamber of Commerce, however, have been noticeably absent from the Alabama general election.

Moore received a formal endorsement  from Trump on Dec. 4, as well as funding from the Republican National Committee. He also  began receiving more support from outside groups. In addition to America First Action, Great America Alliance and the National Rifle Association, Restore Our Godly Heritage, a Texas-based super PAC formed in May, has spent $67,005 supporting Moore. One of the main funders of the PAC is Steve Hotze, who runs Conservative Republicans of Texas, which the Southern Poverty Law Center considers a hate group. The National Association for Gun Rights has spent $13,273 for Moore and the Conservative Majority PAC has spent $49,492.

Jones also has an advantage in fundraising. So far, Moore has raised more than $5 million for the race, while Jones has $11.8 million. The candidates will face off in a Tuesday special election to replace Jefferson Beauregard Sessions, who resigned his Senate seat to take over the Justice Department for President Donald Trump.

The latest polls show the race is a statistical dead heat.